Posted on 9 November, 2012 by webmaster | Comments Off 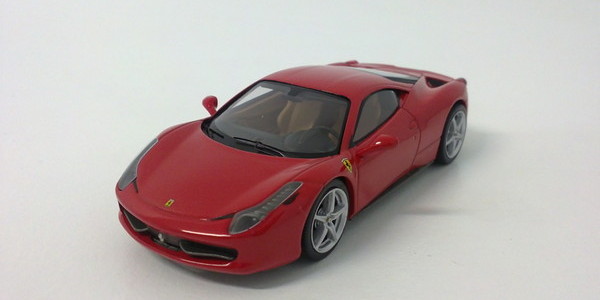 In September of 2009 the Ferrari 458 Italia, the successor of the 430, was officially presented. As we already know of Ferrari, its facts are outstanding:

As on many previous occasions, Pininfarina signed the design, and here we can pick out its distinctive signs:

The small wings on the front air intakes (perfectly reflected in the miniature which is the focus of our article).

The diffuser divided into 2 parts in the back, next to the 3 exhaust pipes. 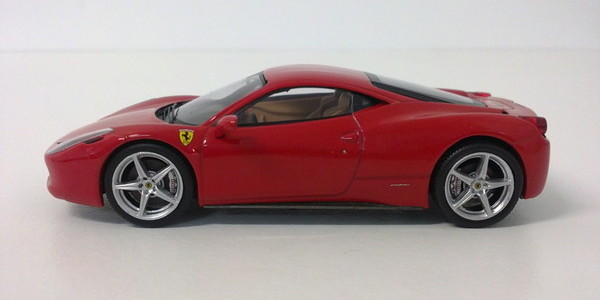 When Michael Schumacher was a pilot of the Ferrari team, he participated in designing the interior, which left its mark on the steering wheel, for example, which, just as in the F1, has many controls usually found on the dashboard.

One negative aspect of this car is that in some parts of world, the Ferrari 458 Italia suddenly started on fire. What they found out from their investigations was that the cause of the fire was a piece glued with an adhesive that burned at high temperatures. They had to call all the owners of this model around the world so they could change that piece, and gave a new Ferrari to the owners whose Ferraris caught on fire!

Hot Wheels has greatly increased the quality of its miniatures with its new Elite series. Our model is an example of this quality, with the Ferrari name written on the calipers on the disc brakes (the calipers are usually just painted in models of this size), the emblem on the rims, the prancing horse perfectly done in silver on the back of the model, and the grille on the front air intakes and rear diffusers, among other details. 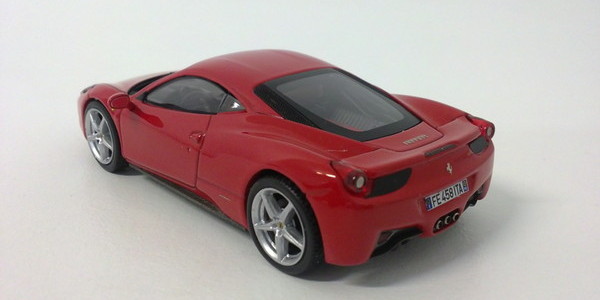