A few years ago, Herpa surprised 1/43 collectors with their excellent metal Mercedes-Benz models and even better plastic Ferrari models all of whose doors and bonnet could be opened and more, they were simply amazing models. With the exception of the Trabant nT 2009, scale 1/43 seems to have been forgotten for the moment.

1/87 enthusiasts are definitely in luck as well where Herpa has and continues to manufacture models of high quality and realism despite their small size. They have models from Audi (A1, A3, RS3 Sportback, A4, A4 Avant, A5, A5 Sportback, A5 cabriolet, A6, A7, A8, R8, etc), BMW (3 series, 5 series, 7 series, X1, X3, X5, etc), Mercedes-Benz (A-Class, B-Class, SL, SLK, SLR McLaren, SLS, etc), and others from Volkswagen, Opel, Renault, Ford, as well as historical Eastern European models like the Trabant, Moskwitsch, NSU, GAZ, Warburg, Volga, etc.

But let us turn to the section of heavy machinery and vehicles (mainly trucks), which were some of the stars of this years show. Here we saw new versions of MAN TGS LX and Mercedes-Benz S Antos with dump truck and mixer, MAN TGX XLX also with flat load platform trailer (truck and trailer flatcar) with built-in crane, and heavy crane Liebherr LTM Mobilkran 1045/1. Set to debut this year are new versions of the Scania R 09 TL semitrailers and Mercedes-Benz Actros (some of which will come with an additional trailer). 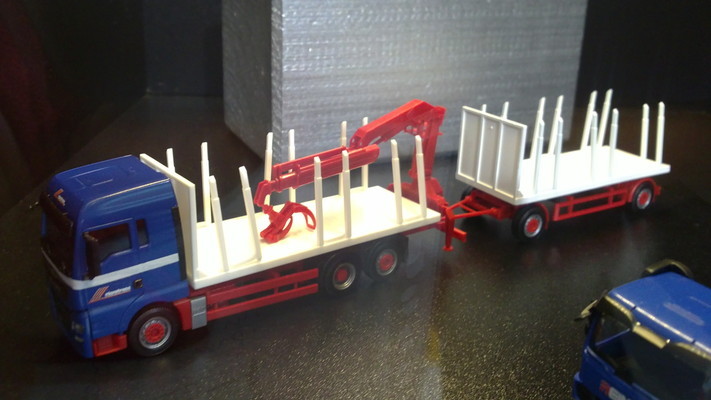 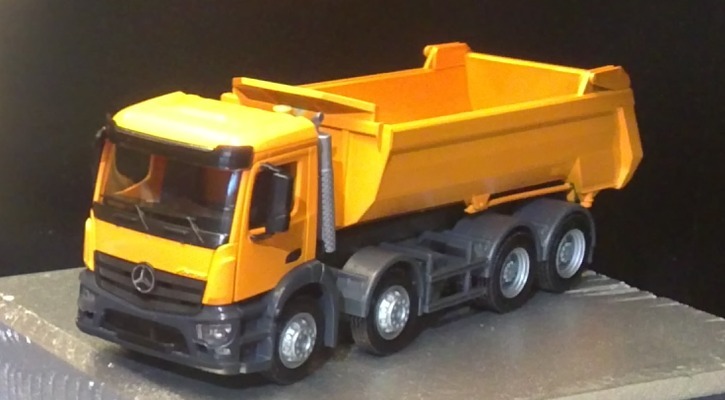 Within the field of heavy machinery dedicated to larger engineering projects, we want to highlight the Mercedes-Benz trailer models (some with up to 12 axles), one of which was modified to transport the parts of a wind turbine. The pieces of the windmill includes the three pieces of the tower, the three blades, turbine shell, and hub.

We would like to wrap up this piece by giving a special mention to the awesome diorama that greeted visitors to Herpa’s stand this year. It contained a highway scene (including an overpass), an automotive enthusiast club meeting at a gas station, cranes, bulldozers, and other trucks doing road work while traffic was directed around it. It even had a badly parked MB class G getting ticketed! 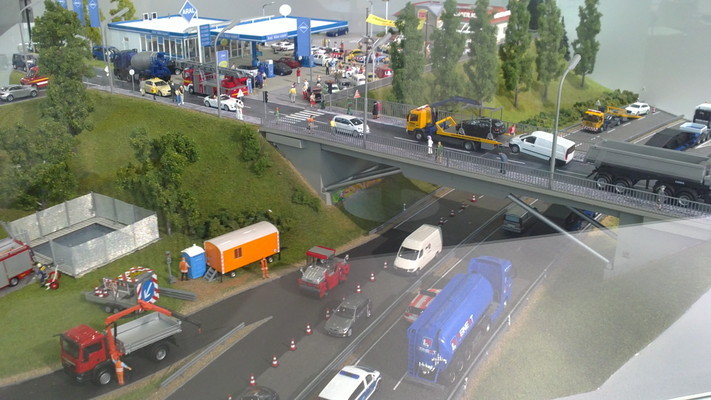 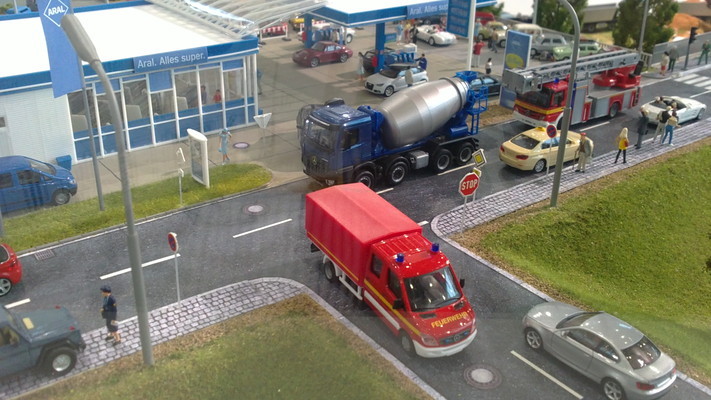 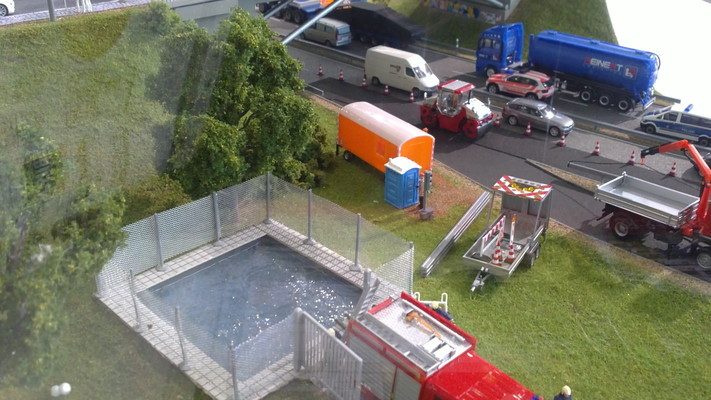