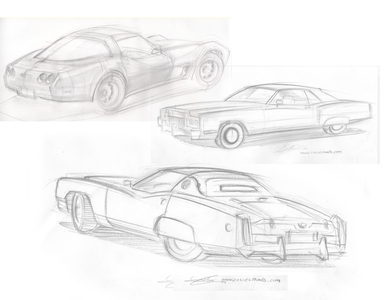 This vehicle could be included in the custom car group, in which there are so many modifications that it is hard to recognize the original model(s) they are based on. “Pimpmobiles” are included in this category, which takes luxury cars and transforms them into something extravagant or garish. 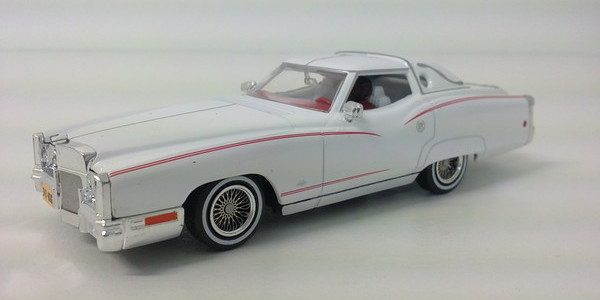 In 1977 he created a new custom car, the Caballista, based also on the Chevrolet Corvette C3. The Caballista was more successful, with 50 units manufactured. 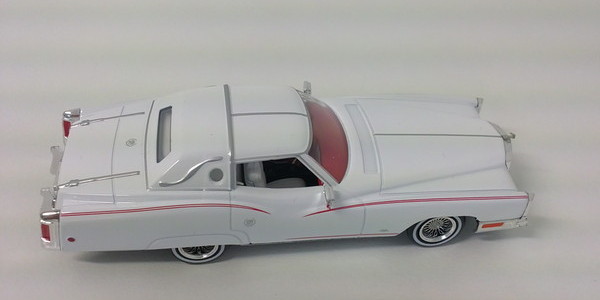 The Corvorado become well known thanks to its appearance in the movie “Live and Let Die,” of the James Bond saga. This was certainly the first movie of the saga played by Roger Moore through his refusal to play the part of Sean Connery, tired after having starring in 6 movies (Moore had just starred in 7). In this movie the main theme, composed by ex-Beatle Paul McCartney, came to be very successful at 2nd place on the Billboard Hot 100. 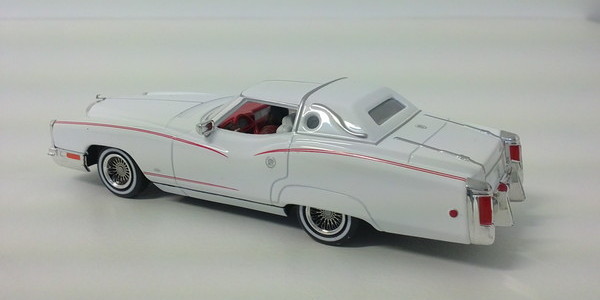 Think now about the scene in the movie when one of the antagonists, driving a Corvorado is chasing Bond’s driver. He accelerates and presses a gadget installed in one of the Corvorado’s rearview mirrors, releasing a poison dart which kills Bond’s driver and makes the car spin out of control…

We must thank Universal Hobbies and the editors of The James Bond Car Collection for their 1/43 scale model of this car and other very interesting but rare models.