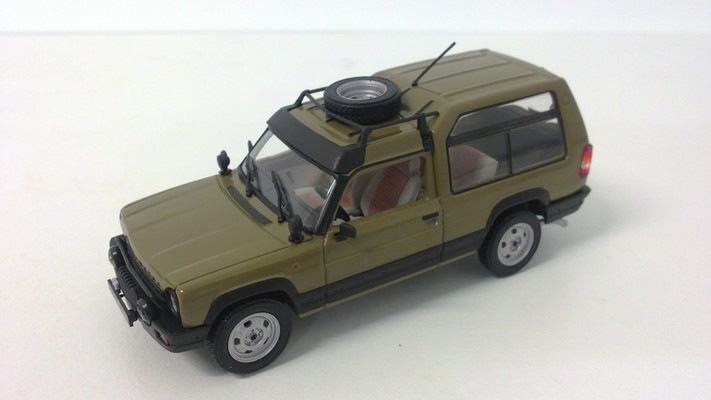 Matra, a French business dedicated to various activities, including aeronautics, became involved in the automobile sector in the 60’s, manufacturing and preparing sports cars. In the early 70’s, before the success of the British Range Rover (located in the upper segment of the market) and the Citröen Mehari (lower segment), Matra saw an opportunity to manufacture an off-road vehicle that covered the intermediate segment. Thus began the P-12 project, later named Rancho.

The vehicle they presented in 1977 was based off of the Simca 1100 (Simca 1200 in Spain), of which they took the chassis and the front. They completely designed the rear of the car, which was constructed out of fiber glass and polyester. It has a 1442 cc motor and 80 HP, and despite being sold as an off-road vehicle, it is offered with front wheel drive. Other versions with light changes later appeared, like the Grand Raid with the spare tire on the roof (as does the miniature that Norev presents), the X with alloy tires and metallic paint, etc. 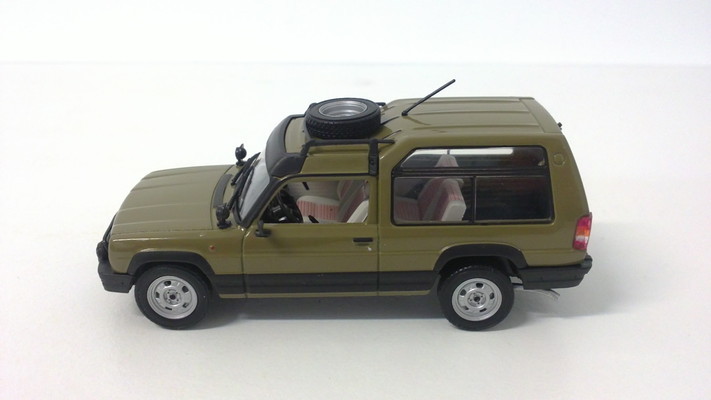 Chrysler, before poor economic results in 1978, decided to sell their entire european industrial branch to PSA, including Simca (mostly owned by Chrysler since 1963) and Barreiros (who made Simca in Spain).

PSA (Peugeot Société Anonyme) grew after 1976, when they gained Citröen and became PSA Peugeot-Citröen, and decided to rename all of the Simca and Matra models to Talbot.

Matra, and particularly Antonis Volanis, the designer of the Rancho, began to work on the Rancho’s successor. However, this project did not convince Peugeot, so they presented it to Renault, who accepted it, and after some modifications (for example, having 5 doors instead of 3), converted it finally into the famous Renault Espace. It was released in 1984, the same year that the Rancho was discontinued, with a total of almost 57,800 units manufactured. 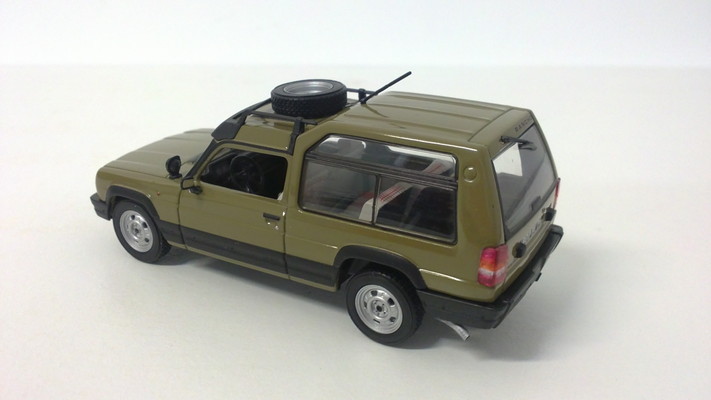