In other years at the Mini Miniera stand we were able to see a number of Ferrari, Lamborghini, Alfa Romeo and other models share the spotlight. This year, however, (with a few exceptions such as the Fiat 600 Multipla, used as taxis in Capri a few years ago) the undisputed star was the Cambiano, in gray and maroon at 1:43 and 1:18 scales. The cambiano is the first in a series of 12 models (half will be released in 2013 and the rest in 2014) presenting the most iconic designs of Pininfarina – the design studio, and for 10 years now also engineering studio, created by the youngest (pinin in Italian) Farina brother: 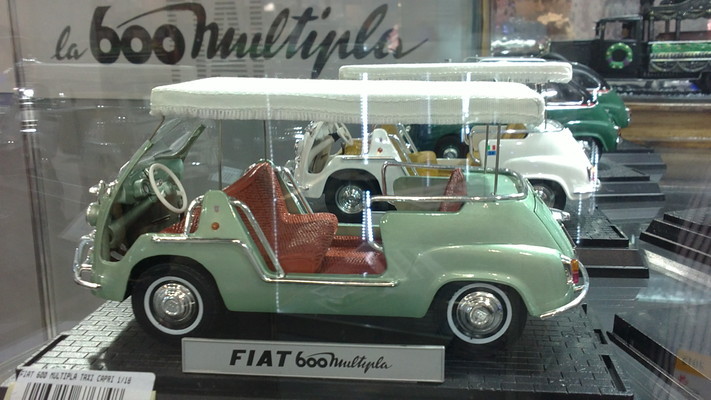 The Cambiano model holds a very special meaning for Pininfarina. First, it is named after the small Italian town (of about 6000 inhabitants) in which its design center is based. The Cambiano also debuted in 2012 on the 30th anniversary of the Pininfarina center for research and design (Pininfarina Studi e Ricerche). Pininfarina Cambiano, opened in 1982, was initially a center dedicated to issues of design and style and in 2002 expanded its role to also address engineering and motoring.

The Cambiano has a curiously asymmetrical design. On the driver’s side (left) the model has only one door and on the right side it has two of which the back opens in a suicide style, hinging from the rear pillar because there is no central pillar (as there is in almost every other vehicle.)

Another typical characteristic of Pininfarina’s models that can also be seen in the Cambiano are the headlights, integrated seamlessly into the front grille (as in 2vettottanta and Sintesi for example). The side markers and taillights are also so well integrated into the design that they go virtually unnoticed except when lit.

Finally, we must comment on another trend that is being followed by many manufacturers today, which is to add a large panoramic roof to give the vehicle the highest possible visibility and spaciousness. On the case of Cambiano, the majority of the roof is transparent and the rest is translucent. 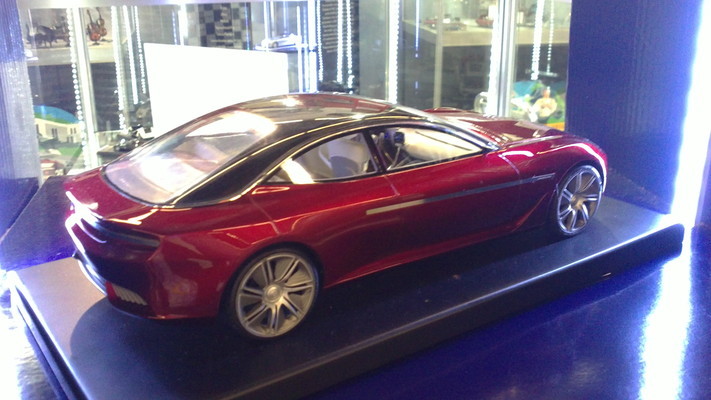 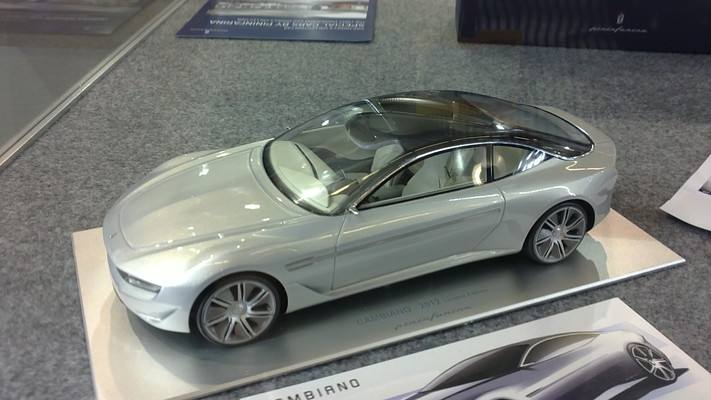 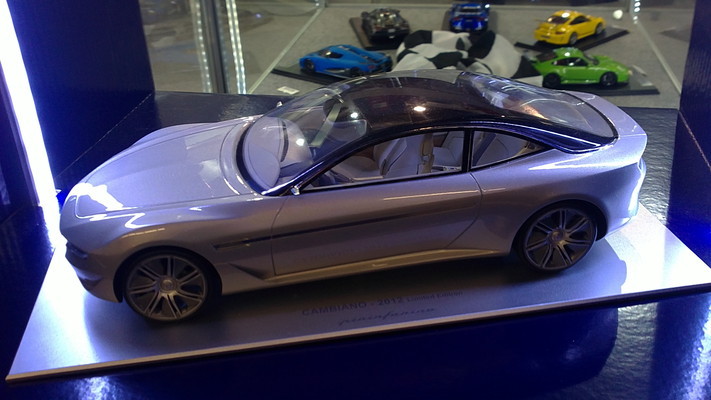