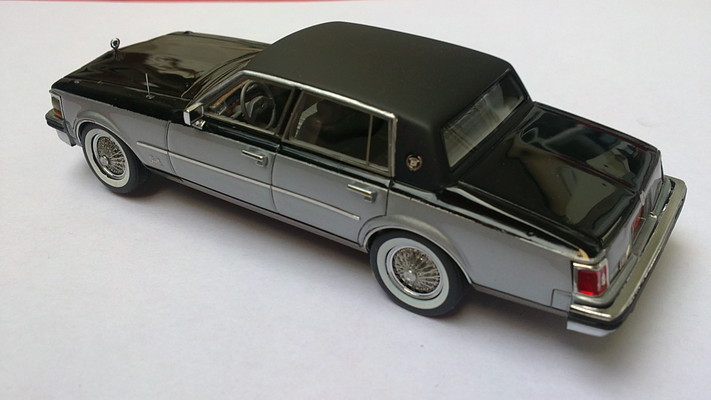 In the late 60s and early 70s, the American buyers of luxury cars started to favour the European luxury models; Mercedes (who for example doubled their sales between 1968 and 1969) and more importantly, the BMW. Buyers began to seek models with better handling (smaller and more agile) while at the same time desiring a car which was more environmentally friendly (less fuel consumption and causing less pollution). It was in this period, when the Cadillac 8.2 litre (500 cu in) engine was the popular choice, that the first voices (mainly the larger dealers who witnessed fallen sales) spoke up to demand a change in the Cadillac models. Cadillac, which until then had understood that its buyers were looking for big cars as a status symbol, started to see that it must change its approach.

The decision was taken in 1973 to start fabricating a new model that could compete with the European cars which were beginning to have such great sales success, (bear in mind that the first petrol crisis happened in October that year), and after a record period of design, development and production, the new Cadillac Seville was born in 1975. It had the smaller 5.7 litre (350 cu in) engine, which had already been tested on the medium range Oldsmobile (another brand which, like Cadillac, belonged to the General Motors group), but with some improvements, for example the new EFI (Electric Fuel Injection, developed originally by Bendix, and improved later by Bosch in European cars).

Despite the decrease in size, Cadillac had managed to produce a car with the authentic luxury style of a Cadillac, but in a more modest way. The specialised media reviews were very good, keeping the new car in competition with the Mercedes models of the time, and brought it very close to the Rolls-Royce Silver Shadow which was quieter, with smoother handling; a similar level of luxury for a lower price.

Cadillac topped records in the world’s export figures, and, for example, the first 100 cars that were headed for the British distributor were sold before they were even loaded onto the boat.

In 1978 the Seville Elegance series came out, raising yet again the car’s level of quality and luxury:

- Two-tone paintwork, like the elegant black and silver of the Neo Scale model you can see in the picture.

-Brake discs on all four wheels 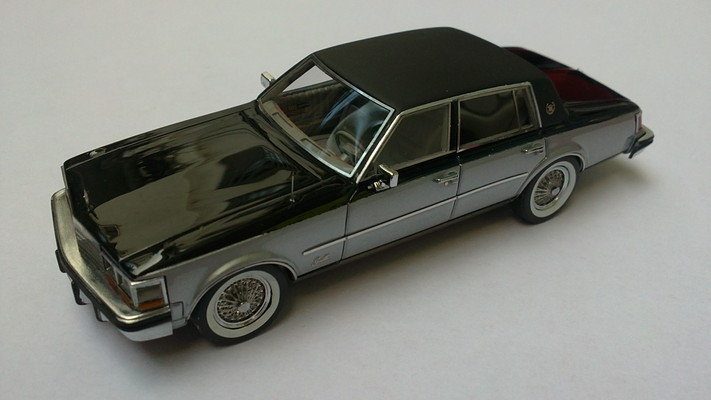