TSM is a manufacturer that pleasantly surprised us a few years ago with a wide range of Rolls Royce models in 1:43 scale (Silver Spur, Silver Cloud, Phantom, Silver Shadow, Silver Spirit, Corniche, and more – many of which include various generations). TSM produced the models at such a high level that we dare say that they have developed the highest quality and highest number of models of this famous British brand. Although we could not find it in the catalogue, we also saw a new version of the Camargue at the fair. 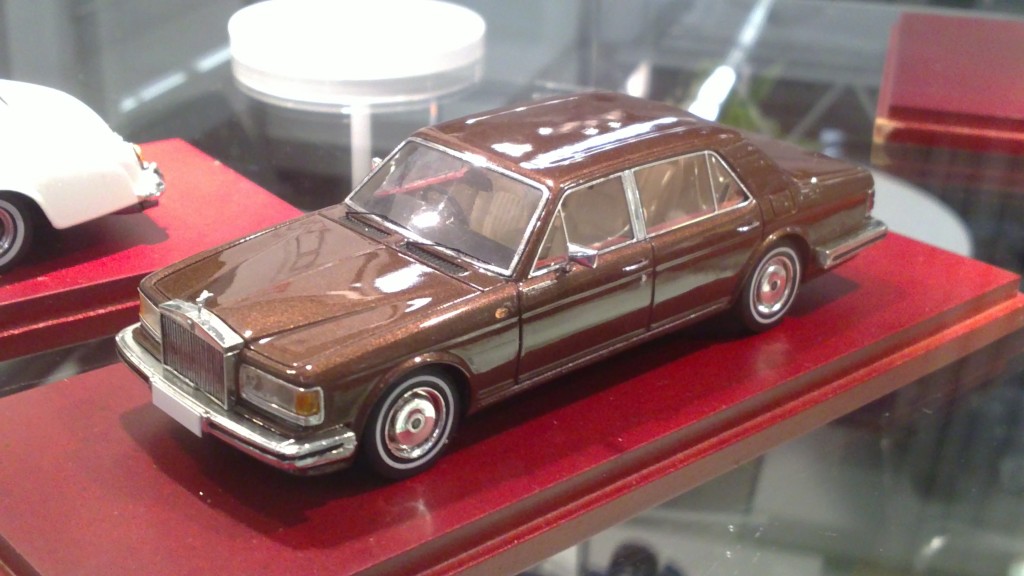 Continuing with the high class models in 1:43, TSM has begun to manufacture a few Cadillac models such as the 1959 series 75 and the elegant 1934 V-16 (whose bodywork by Hartman is very much reminiscent of Delahaye models at that time – it even comes with hidden wheels inside the chassis). At the show we saw also a Cadillac Series 75 GB Queen Elizabeth II (with the glass rear), a model that is not in the catalogue at the moment. 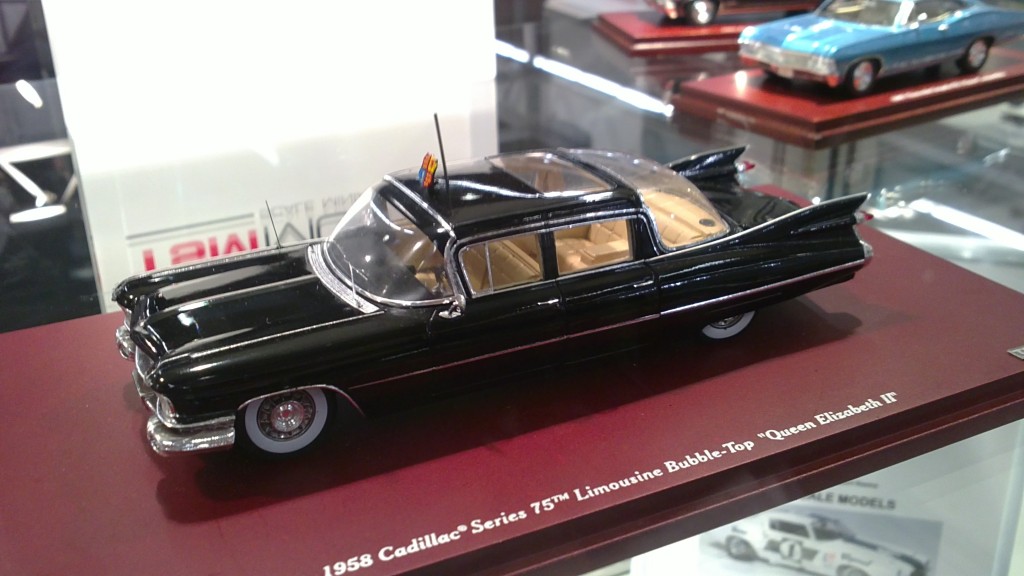 At the fair we also saw TSM’s first Duesenberg model in the catalogue, the elegant 1935 Duesenberg SJ Gurney Nutting Speedster, which also reminds us of a few Auburn models (during the 20’s Cord, Auburn y Duesemberg belonged to the same group).

To finish with the overview of 1:43 we simply have to mention the models of the 1967 Chevrolet Impala (coupe and convertible in various colors) and the supercar McLaren P1 (whose two versions come with or without a spoiler). 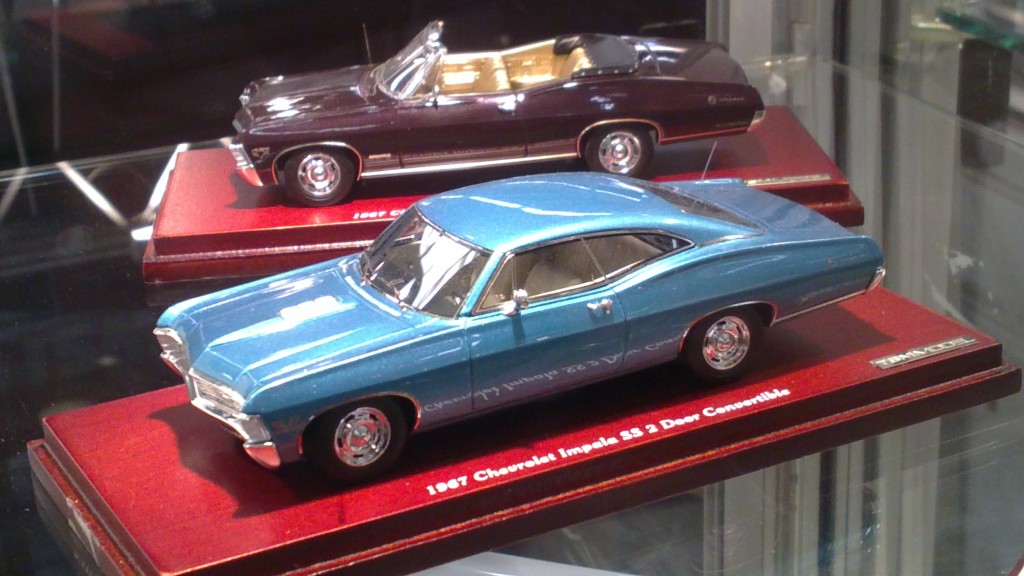 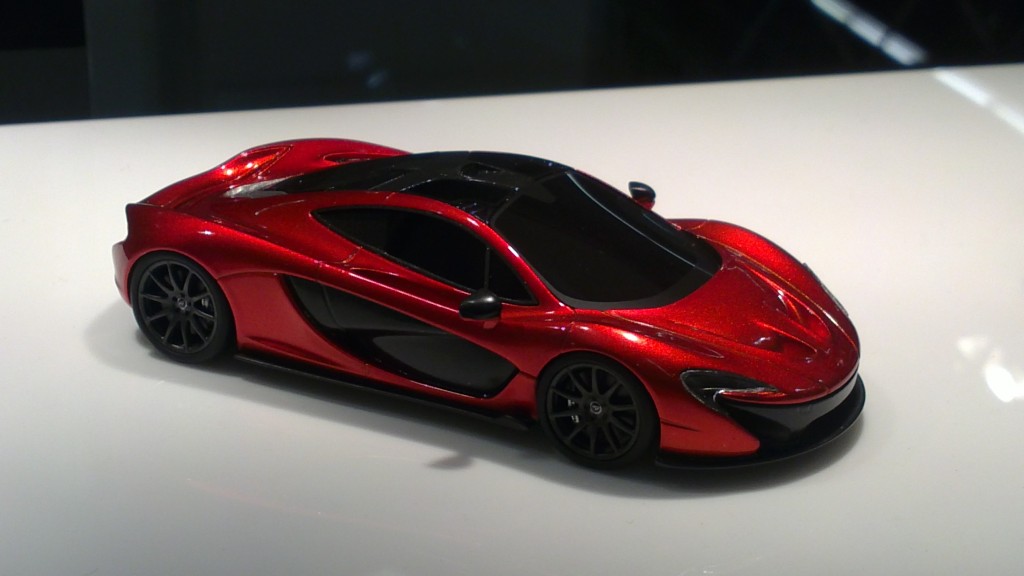 If we look to 1:18 scale where TSM also maintains a distinguished presence, this year they also presented us with various versions of the McLaren MP4-12C GT3 (which, after the F1, is the following model designed and produced exclusively by McLaren.)

In addition they also showcased the number 8 Bentley Speed 8 that participated in the 2012 12 Hours of Sebring and returned to participate again this year, after 73 years of absence, in the 24 Hours of LeMans. The race, however, was clearly led by the Audi R8 who occupied the first three positions, leaving Bentley in fourth. With experience in both competitions, the Bentley Speed ​​8 took the first 2 positions, relegating the Audi R8 to third place in the 2003 24 Hours of LeMans (subsequently Audi looked for revenge and got in 2004 with the top three positions in LeMans).

In finishing our overview of this scale, we must mention the 1977 Lotus Type 78 with the number 5, driven by Mario Andretti. Also available this year is a step forward in Colin Chapman’s F1 design that was inspired by the wings of the British bombers. The design applied the same principle of the wings to the underside of the car, but in reverse: the air passing through the bottom of the vehicle creates a current that keeps it close to the ground, allowing it to go much faster around corners. 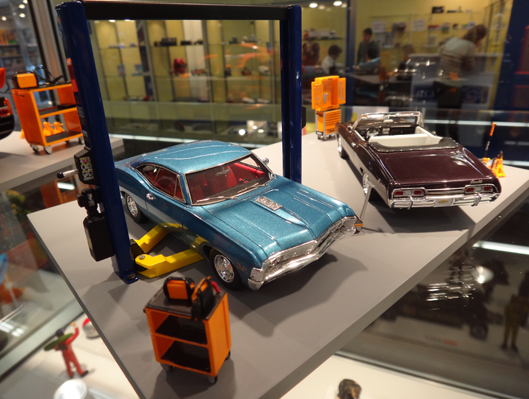