Although they release models in other scales, Eligor focuses primarily on scale 1:43. In this size they release not only cars but offer a wide range of trucks, including fire trucks, some concepts (like the Man Concept S, an beautiful and exclusive model we saw at the fair), construction vehicles (at the fair we saw a Renault tractor truck with a Fruehauf Trailer), and even various models of race trucks by Renault Trucks – Premium Racing. Among the 1/43 models at the fair we were very impressed with a number of Citroen vans manufactured by Eligor for the HACHETTE (Autoplus) Collection. According to our information, some of these vehicles (like the Citroën 2CV PROPAGAZ) will be incorporated into the official Eligor catalog this year.

Some of the models we saw at the fair were:

• Citroën 2 CV Jules equipped with an MG 151 machine gun used during the Algerian war. The acronym G.H.A.N.I on the side of the vehicle references Groupe d’Hélicoptères de l’Aéronavale (Navy Helicopters) No.1 which was based in Algeria during that time. This miniature is extremely faithful to the real model and includes the split windshield, which is higher on the drivers side.

• Citroën Acadiane – a six wheeled vehicle used as a fire truck in Germany. 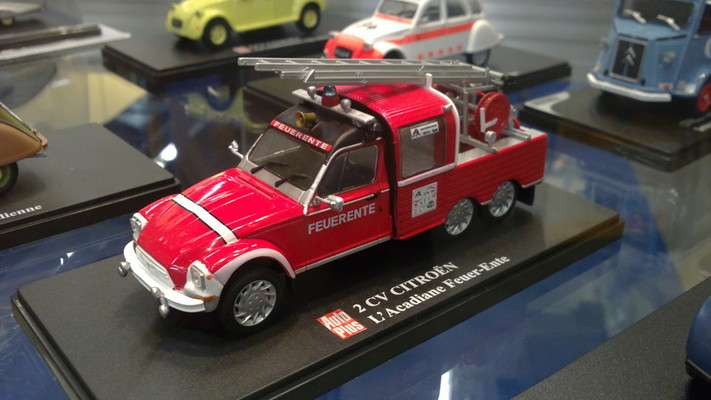 A few models coming out this year are: 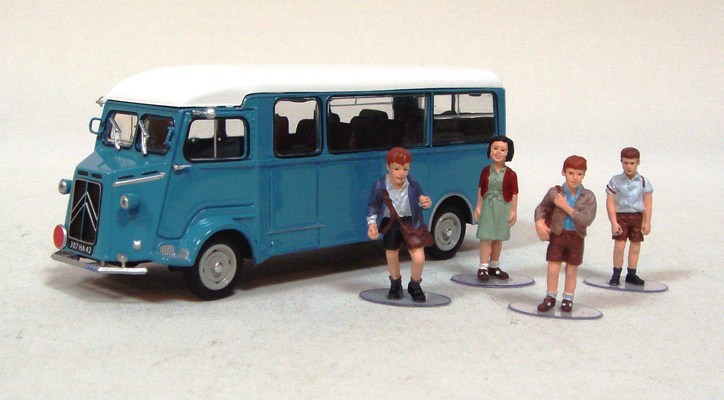 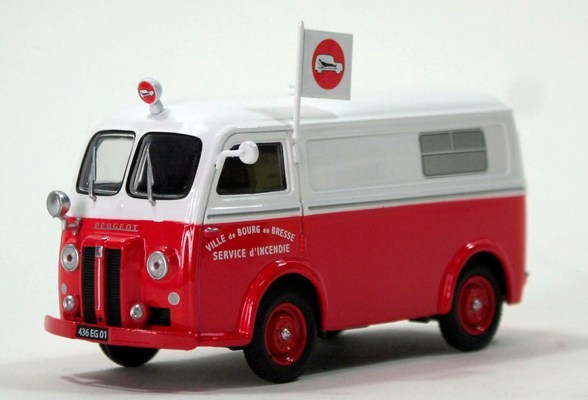 ¡Compártelo! Share it!
This entry was posted in Eligor, Show and tagged Eligor, Show. Bookmark the permalink.